Abuse of police power is out of hand.


This is a sad state of affairs. Too many young Americans have been and are being subjected to this treatment.  It's time to speak out (everyone) about abuse of police power. When all of this extraneous contact is being made, it can easily lead to serious or even fatal events occurring over what was initially nothing.


Seatbelt violation??? To many stops and the occurrence of undesirable events increases proportionally. Dashcams, personal recording devices and cell phone videos are now bringing into the light of day just how often this type of thing happens. No longer are police able to fabricate stories and be believed on their own testimony because witnesses are recording their actions. Stories like handcuffed young black men are producing guns and shooting themselves in the back are beginning to have less credibility. Without the video evidence, I don't doubt that the cop below would have sworn he thought that he saw a weapon.

Seatbelt Violation. Whatever came of this?
These are just 2 examples of what plays out daily for young people of color. This type of thing happens far more often than these people actually committing crimes.
Posted by Prospector at 11:34 AM No comments:

Do You Want To Talk About Race In America?

Gwen Ifill presents a cross section of Americans who share their personal feelings on race relations in the US. I highly recommend that you set aside some time to watch this program. Americans who want to see what your fellow American men and women have to say about have they feel about race relations should prove to be enlightening.

Posted by Prospector at 12:52 AM No comments:

Email ThisBlogThis!Share to TwitterShare to FacebookShare to Pinterest
Labels: #AmericaAfterFerguson

"Negro slavery disappeared from the Province of Nova Scotia during the latter part of last century, without legislative enactment, by
what Judge Haliburton, in his history of Nova Scotia, calls " latent
abandonment beneficial to the country." There remained a number
of emancipated provincial slaves and still more Africans who escaped
to Nova Scotia from the United States. These latter people were
called " Loyal Negroes." In 1821 a party of nearly one hundred of
them emigrated to Trinidad. But before this, on the founding of
Sierra Leone on the west coast of Africa, about twelve hundred went
there, arri>dng in 1792. Four years after this, three ships entered
the harbour of Halifax, laden with the most extraordinary cargoes
that ever entered that port. Prince Edward, Duke of Kent, then in
command at Halifax, boarded the Dover, was met by Colonel W. D.
Quarrell, Commissary- General of Jamaica, with whom Mr. Alexander
Ouchterlony was associated, and a detachment of the 96th Regiment
drawn up on board to receive him. Black men of good proportions
with many women and children, all in neat uniform attire, were
mustered in lines. Other transports, the Mary and Anne, were, his
Highness was infornjed, about to follow, and the main cargo was six
hundred Maroons exiled from Jamaica with soldiers to guard them
and meet any attacks from French vessels on the voyage.

The Prince was struck with the fine appearance of the black men,
but the citizens had heard of how Jamaica had been harried by its
black banditti, and were unwilling at first to have them added to
their population. When the Spaniards first settled in the Antilles in
1509, it is estimated by Las Casas, Robertson, ami other historians
that the Indian inhabitants amounted to ten million souls, but by the
exercise of the utmost atrocities, these were melted away until none
remained to work as slaves in the mines or in the fields. "

Posted by Prospector at 1:18 PM No comments: 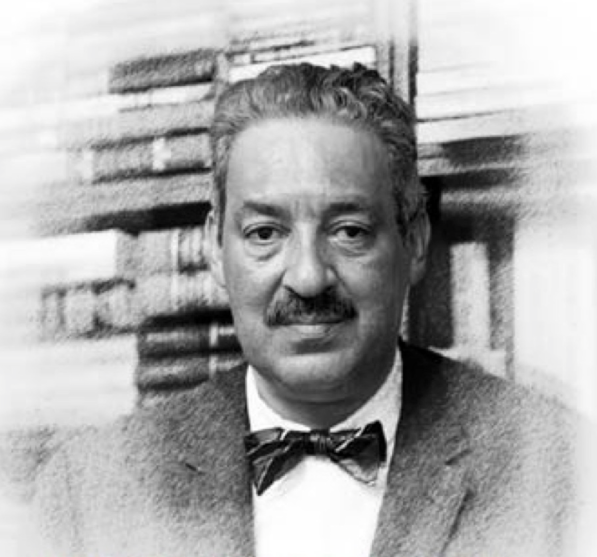 “Marshall was nominated by President John F. Kennedy for appointment to the Second Supreme Court of Appeals (New York, Connecticut, and Vermont) September 23, 1961. The appointment was confirmed by the Senate. President Lyndon B. Johnson nominated Judge Marshall to become an Associate Justice of the Supreme Court. On August 30, 1967, Marshall was confirmed by the Senate to be the ninety-sixth Supreme Court Justice. He was the first African American to serve as a Justice of the Supreme court.

Justice Marshall received many awards and citations for his outstanding contributions to the field of civil rights until his death in 1993.”
Chicken and Bones

Posted by Prospector at 12:48 PM No comments: