Charter school in tough neighborhood gets all its seniors into college

It's the first graduating class at Urban Prep since it opened its doors in 2006.

Urban Prep Charter School is the country's first all-boys public charter high school. Located in Englewood, Illinois, the school is graduating its first class of seniors. Every one of them has been accepted into a four-year college or university---four years ago, many of them were not reading at grade level. Mayor Daley and other dignitaries joined them Friday to celebrate the milestone.

When we add this to the example of Children's Defense Fund and The Harlem Children's Zone we see that the will to educate, applied by people who care, can make all the difference.

Now, if we start to insist more emphatically that money be diverted from incarcerating our young people to educating them, maybe we can see this happen on a much larger scale.
Posted by Prospector at 2:17 PM No comments: 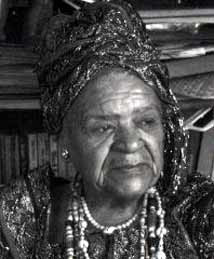 Posted by Prospector at 12:08 PM No comments: