Making a Difference - Experiences of a Black British Serviceman

This is Allan Wilmot's story of serving in the Second World War. Allan was born in Kingston, Jamaica, in 1925 and served in the Royal Navy and the RAF.

There was no military tradition in my family. I enlisted because of patriotism and adventure. The West Indies gave full support to the mother country, Great Britain, in her conflict with Germany. My service began in June 1941. I served in the Royal Navy as an Ordinary Seaman until January 1944 when I was transferred to the Marine Section of the RAF. I was stationed in Kingston, England, Scotland, Northern Ireland and South Wales, and was awarded four medals: 1939 — 45 Star, Atlantic Star, Defence Medal and War Medal.

While I was in the Royal Navy we swept shipping channels for mines and suspected objects, as well as escorting convoys from the east coast of America up to the Panama Canal. We also searched for survivors from torpedoed ships.

In the RAF my unit picked up aircrews shot down or ditched at sea. They could be any nationality. For example, we saw some airmen ditched in the Channel. Full-speed ahead, we went to pick them up. They turned out to be German airmen, shot down. Anyway, being on the humanitarian side we decided to pick them up and continued to pick up the other British airmen. In the boat, they all sat looking at each other. I know what was going through their minds — 'Well, we are very happy to still be alive and picked up by a British rescue ship.'

We also laid flare paths for the flying boats to land or take off at night and transported aircrews and maintenance crews to planes. Our other jobs included refuelling, re-loading bombs and towing sea-planes to dry docks.

Being black did make a difference in World War Two, although I treated each person as an individual, according to the initial approach. I know for a fact that Black American servicemen where confined to non-combatant units until late 1944 when the whole scene changed — all the black fighting units were suddenly sent over to fight in Italy and the Middle East to invade enemy-held territories. The black units were led by white American officers, until orders came from Washington that racial discrimination in the American armed forces should be discontinued. Then experienced black servicemen got the opportunity to move up the promotion process to commanding positions.

The British scene was different — there was no official racial discrimination in the services, but seniority promotion for a black serviceman was rare, even though you were qualified to do the job. Excuses for non-promotion were always there, so you were simply allowed to carry on in the ranks, regardless of your ability. They didn't want black personnel in charge of white servicemen.

But we were treated very well by white civilians because they were aware that you had left your safe country to face danger and help them in their time of need. And white British servicemen, in my case, were fine. In the navy, on a small ship, you have to live close, so you automatically become a close unit - whether afloat or ashore, any difficulties that arise are quickly sorted out. In the RAF, again when on air-sea rescue duties, you are together as a crew. Most of the time, I was the only black, so no problem, but when I was on other duties and had to mix, there were some problems — mostly caused by stereotyping. People would say things like 'Because you're black you don't need to wash' and 'Where did you learn to speak English, if you live in trees?' At first I took offence, but after deep consideration I came to the conclusion that it was best for me to try and re-educate my colleagues, which I did.

I did socialise and went on quite a few dates with white girls — it was a novelty at the time. Some of my black brothers got married in the process. This caused frictions with white families, but I think it's natural. They pictured their loved daughter falling in love with a black man, and maybe eventually going abroad to live in the jungle and never seen again. That is what they immediately saw. With the white servicemen it was sheer jealousy — 'Why him and not me?' was the cry. 'What has he got that I ain't got?'

I got along fine with the white Commonwealth personnel because apparently they had been warned not to compare West Indians with their native population. A few did step out of line, but were dealt with accordingly. But I didn't get along with white American GIs. They were reluctant to accept the fact that the British black servicemen were a different race in social outlook. Many of the white American GIs were from the southern states of America and, although they were in Europe (a very different social scene), they couldn't face the changes that took place. So we had open wars, especially in dance halls and various places of entertainment, with the local whites as back-up on our side.

The black American GIs were a different story. We got along very well indeed - we British black servicemen were their protectors. At times, they were attacked by groups of white GIs, especially if they were in the company of white girls. If they attempted to defend themselves against the white GIs, police were always at hand to arrest the black ones for the stockade, so we would go to their rescue and try to prevent them being arrested. Because the US GI police had no jurisdiction over British servicemen, we could defend them (and ourselves) until the British police arrived on the scene, along with the ambulance for the wounded.

I was not treated equally regards pay and promotions, etc, but I never protested. I was not involved with politics before I enlisted and I wasn't politically active during the war. My service changed my outlook, though. I was exposed to things that I only used to read about, like racism in the USA and other parts of the world. Since then I have taken part in protests as a veteran. I've been through the various war museums and libraries and discovered that most of the black countries that participated in the last world war were left out of the history books, as if we didn't exist. I support the West Indian Ex-servicemen Association, formed for the welfare of veterans and for collective recognition.

I would also say that military service had some benefits. I travelled extensively and saw things for myself and was able to form my own opinion of worldwide issues.

I returned home to Jamaica after the war in November 1946, but they weren't expecting us. No arrangements had been made by the government of Jamaica or the British military for our return. Then they got some form of rehabilitation going, but I was frustrated and returned to England, where I thought the prospects were better because they were in the process of rebuilding the country.


'WW2 People's War is an online archive of wartime memories contributed by members of the public and gathered by the BBC. The archive can be found at bbc.co.uk/ww2peopleswar'

Posted by Prospector at 4:46 PM No comments: Links to this post

The Origin of Black History Month in the UK

Linda Bellos introduced Black History Month to the UK in 1987, she was born to a white Jewish British mother and Nigerian father and grew up in London.

As a child she heard white people tell her mother that she had betrayed ‘our boys’ by marrying a black man after the sacrifices White people had made in 2nd World War.

Linda later discovered that her father had volunteered for the Merchant Navy to help the mother country.


She also discovered that during the 2nd World War 2.5 million Indian/Pakistani/Sri Lankan/Bangladeshi men and women where involved in the War efforts and 1.5 million during the 1st World War.

This brief (click here to see) History of Kenya could be included in
the British Black History Month information. 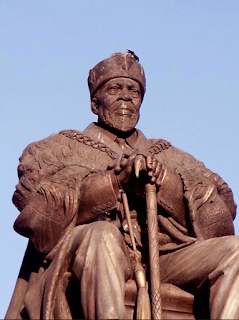 Jomo Kenyatta, the first President of Kenya
Posted by Prospector at 8:33 AM No comments: Links to this post 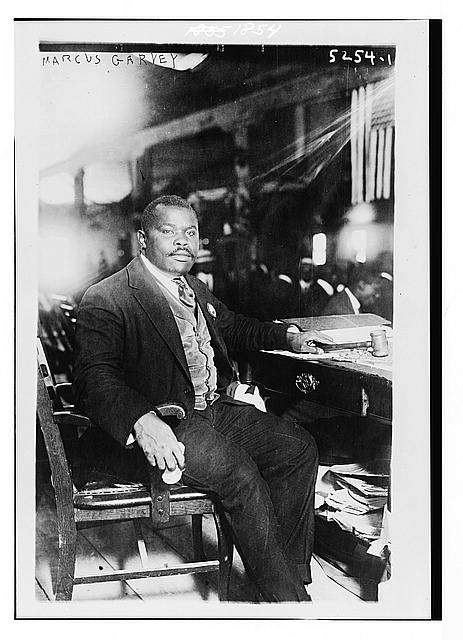 No account of Black History Month is complete
without mentioning Marcus Garvey.


THE INFLUENCE OF MARCUS GARVEY PT. 1


THE INFLUENCE OF MARCUS GARVEY PT. 2

THE INFLUENCE OF MARCUS GARVEY PT. 3


THE INFLUENCE OF MARCUS GARVEY PT. 4

THE INFLUENCE OF MARCUS GARVEY PT. 5