James Baldwin, was a writer and civil rights activist. He was born on August 2, 1924 and died on December 1, 1987. James (Arthur) Baldwin 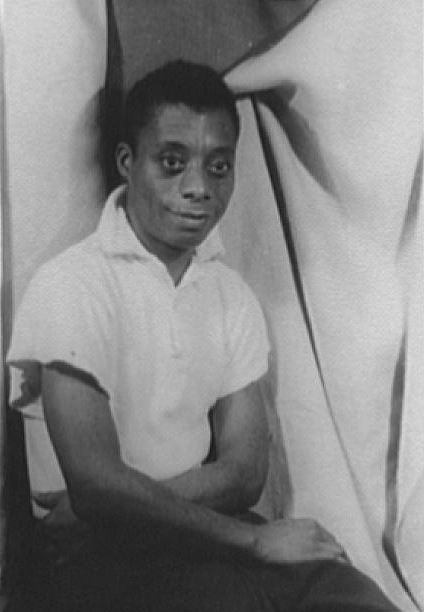 "Novelist, essayist, and playwright James Baldwin was born on August 2, 1924, in New York City. The eldest of nine children, Baldwin grew up in poverty-stricken Harlem, where his stepfather was a preacher. Between the ages of fourteen and eighteen, Baldwin himself preached at a small revivalist church, the Fireside Pentecostal. His first and most critically acclaimed novel, Go Tell It on the Mountain (1953), was inspired by his experiences there.
Baldwin was heavily influenced by his Harlem middle school-French teacher, famed poet Countee Cullen. Cullen, who obtained his master's degree from Harvard University, was a leader of the Harlem Renaissance (also known as the New Negro Movement), a flourishing of artistic expression that emerged from the community of Harlem in New York City in the 1920s. Cullen devoted himself to the education of children in the last period of his life, and concentrated on teaching and writing children's books. He opened up a new world of literary and artistic possibilities for black youth in Harlem, including James Baldwin.
Harlem's millionairess, Alelia Walker, whose mother made her fortune with kink-no-more preparations, about this time became imbued with the desire to aid struggling artists. She set aside a floor of her town house at 208 West One Hundred and Thirty-sixth Street to be used as a studio for art exhibits, poetry recitals and musicales. Countee Cullen suggested Dark Tower as the name for this shrine of Harlem art and both he and Langston Hughes had poems inscribed on the walls."
(see more from the Library of Congress)

Posted by Prospector at 8:09 PM No comments:

Haiti and The Dominican Republic - The Roots of Division (Massacre River)

We need to be aware of the history of all Africans that were "Stolen from Africa" if we are going to tell our story the way it actually happened. It's time once and for all, that we research and tell our story and get on with the business of establishing ourselves in these countries where we've been for so many generations.

Posted by Prospector at 11:10 AM No comments: