A camera actress in the wilds of Togoland (1915)

; the adventures, observations & experiences of a cinematograph actress in West African forests whilst collecting films depicting native life and when posing as the white woman in Anglo-African cinematograph dramas. 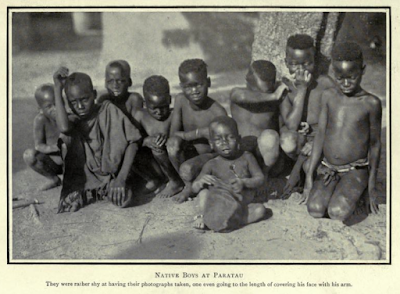 The following excerpt should prove interesting, I suggest you take a quick look.

Posted by Prospector at 7:39 AM No comments:

This is one of my favourite podcastors, Junious Ricardo Stanton consistently presents guests that are contributing to the betterment of the African American community. I'll bet you'll want to listen to all of his programs and you can too. They are archived on iTunes under Rainbow Soul.

Posted by Prospector at 11:49 AM No comments:

The Nubians of the Jardin d'Acclimatation


In this 1878 presentation to the Anthropology Society of Paris, Doctor Gustave Le Bon briefly describes photographs that he took of Nubians. After Le Bon's talk, Doctor Paul Broca, the Society's Secretary-General, discusses at length how sculptors of ancient Egypt must have used Negro slaves as their models in making statues. Broca notes that the classical era Greek sculptors, mistakenly believing "that people of all races possessed the same bodily dimensions," borrowed their statue-making rules from Egypt, producing as a result sculptures whose figures also possessed the bodily proportions of Negroes. Le Bon's Nubian photos, adds Broca, "provides additional confirmation of this point of mine."
Posted by Prospector at 3:17 AM No comments:

Posted by Prospector at 7:50 PM No comments:

Email ThisBlogThis!Share to TwitterShare to FacebookShare to Pinterest
Labels: #AfricanAmericanMusicAppreciationMonth 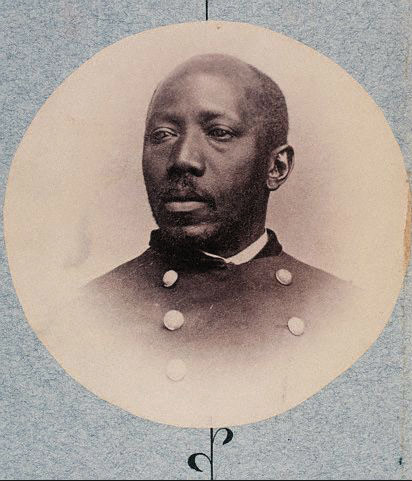 Delany was an African-American abolitionist, journalist, physician, and writer, arguably the first proponent of black nationalism; Martin Delany is considered to be the grandfather of Black nationalism.[1] He was also one of the first three blacks people admitted to Harvard Medical School. Trained as an assistant and a physician, he treated patients during the cholera epidemics of 1833 and 1854 in Pittsburgh, when many doctors and residents fled the city. He worked alongside Frederick Douglass to publish the North Star. Active in recruiting blacks for the United States Colored Troops, he was commissioned as a major, the first African-American field officer in the United States Army during the American Civil War.

After the Civil War, he worked for the Freedmen's Bureau in the South, settling in South Carolina, where he became politically active. He ran unsuccessfully for Lieutenant Governor and was appointed a Trial Judge. Later he switched his party loyalty and worked for the campaign of Democrat Wade Hampton III, who won the 1876 election for governor.

Posted by Prospector at 9:50 AM No comments:

Posted by Prospector at 7:15 AM No comments:

Posted by Prospector at 11:13 AM No comments: