containing principally the biographies of the men and women, both ministers and laymen, whose labors during a hundred years, helped make the A.M.E. Church what it is : also short historical sketches ... and general information about African Methodism and the Christian church in general.. 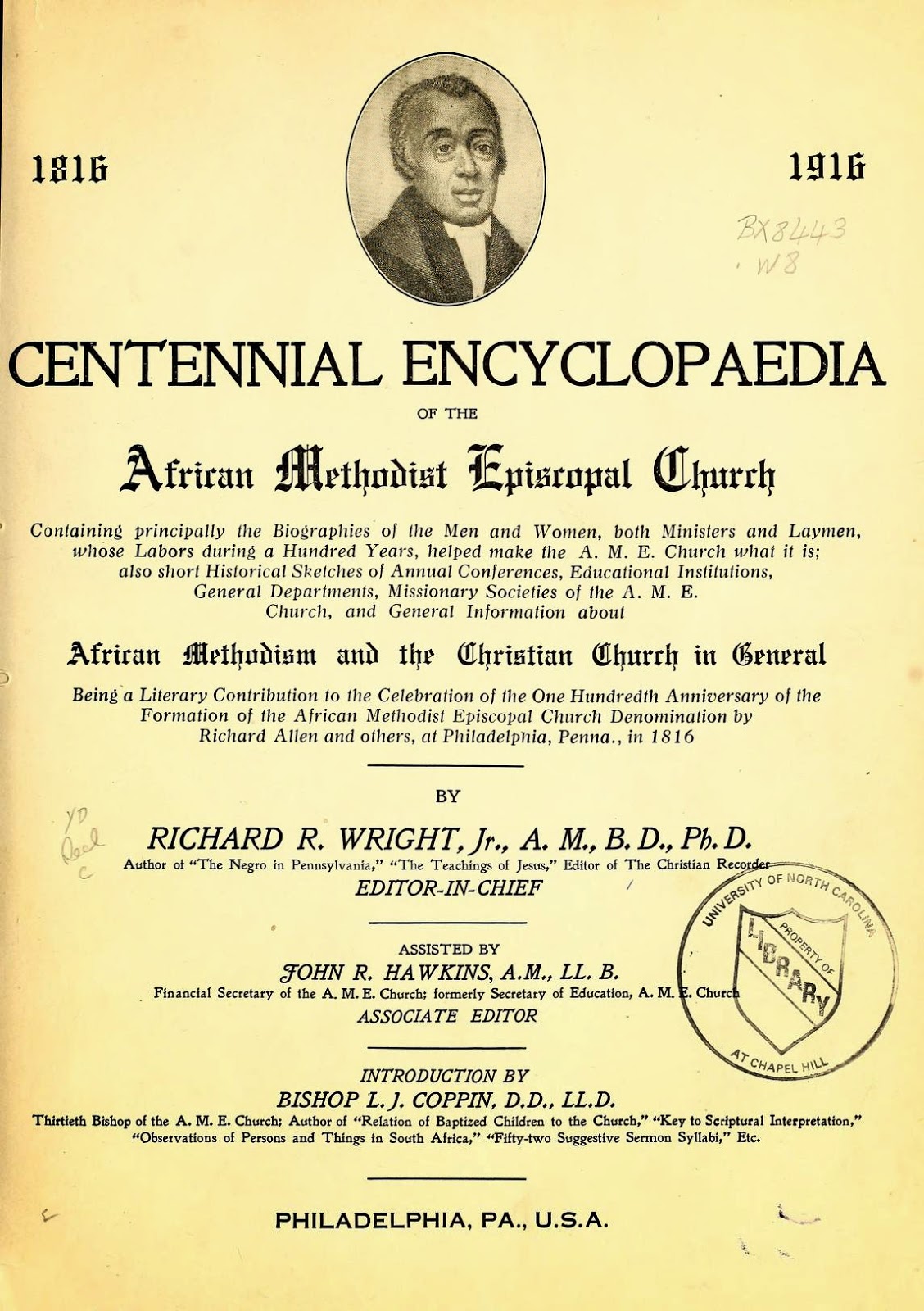 Posted by Prospector at 10:32 AM No comments: Links to this post