What race is Hispanic exactly?

DEFINING THE BLACK PRESENCE IN LATIN AMERICA
Contributed by CHARLES CLARK
(washingtonpost.com)
from THE GLOBAL AFRICAN COMMUNITY
This article will offer a perspective on race that "Americans"
from this America may find enlightening. (no pun intended)
It's part of the discussion on race that's been so long coming
in the USA, that many seem to feel as though, we already had it.
Well we haven't. So until then we'll just have to keep searching
for answers wherever we can.
Afro-Latino- Black History Month
Between Black and White Race matters in Latin America, but it matters differently.
The pressure to accept not only a new language and culture, but also a new racial identity, is a burden some darker-skinned Latinos say they face every day, in the USA.
Jose Neinstein, a native white Brazilian and executive director of the Brazilian-American Cultural Institute in Washington, boiled down to the simplest terms how his people are viewed. "In this country," he said, "if you are not quite white, then you are black." But in Brazil, he said, "If you are not quite black, then you are white."
Yvette Modestin, the black Panamanian who identifies as an Afro-Latina, said that although she accepts her blackness, she's also an immigrant who speaks Spanish. In other words, she's not a black American. "My brother's married to a Mexican," she said. "My brother's been called a sellout by black women while walking down the street with his wife. They are both Latino. They think he married outside his race."
read the article here
Posted by Prospector at 12:11 PM No comments: 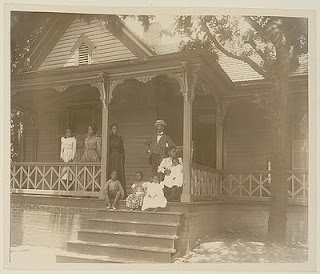 If you want to stay at the head of the class for
Black History Month and the rest of the year,
The BlackPast.org website =
Thousands of pages of Black History a mouse click away.
Lots of photos but limited audio files thus far.

"BlackPast.org, an online reference center makes available a wealth of materials on African American history in one central location on the Internet. These materials include an online encyclopedia of over 1,500 entries, the complete transcript of over 125 speeches given between 1789 and 2008, over 100 full text primary documents, bibliographies, timelines and four gateway pages with links to 50 digital archive collections. Additionally 75 major African American museums and research centers and over 400 other website resources on black history are also linked to the website. The compilation and concentration of these diverse resources allows BlackPast.org to serve as the "Google" of African American history."
"BlackPast.org (www.blackpast.org) began in January 2004 as an online reference center in African American history when Quintard Taylor, the Scott and Dorothy Bullitt Professor of American History at the University of Washington, and his graduate assistant, George Tamblyn, placed on his faculty website various reference materials which described historical figures and events discussed in Taylor’s class lectures. Soon afterwards they added a bibliography, a timeline, and links to other internet sites that presented or discussed various aspects of the black historical experience."

Posted by Prospector at 9:03 AM No comments:

The Pullman Porter the Vanguard of the Black Middle Class 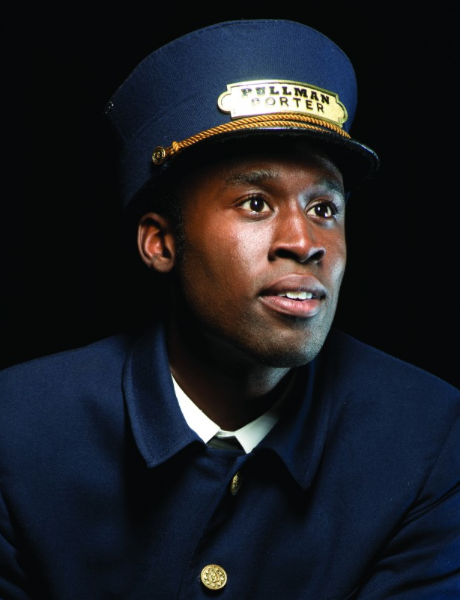 While it might be difficult for us to imagine today, at one time the job of Pullman Porter was very highly prized and carried with it a quite a bit of status in the Black community.

In order to get a taste of the social history of a Pullman porter
listen to the attached NPR broadcast titled
'Rising from the Rails: Pullman Porters'
by journalist Larry Tye. Tye says that the job was one of the best for African Americans at the time, and that it was a foothold in the American workplace.

Posted by Prospector at 4:58 PM No comments:

overturning the historic Brown vs. Board of Education? 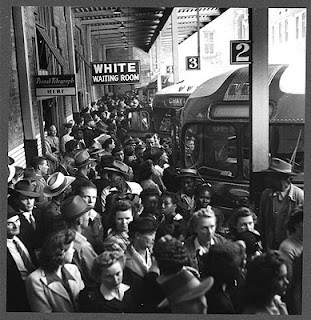 Activist justices target diversity
July 3,2007
BY JESSE JACKSON jjackson@rainbowpush.org
A quarrelsome claque of five right-wing justices on the Supreme Court of the United States has abandoned the court's historic commitment to integration. These arrogant men scorned judicial precedent -- overturning the historic Brown vs. Board of Education without having the honor to admit it -- and ignored both history and today's reality. Outlawing voluntary local school district efforts to increase diversity in the schools, the court imposed court-ordered resegregation. Once more, men in robes stand in the schoolhouse door, only this time their robes are black, not white.
Where the court once spoke with one voice on ending segregation in schools, new Chief Justice John Roberts was willing to summon merely the right-wing rump of the court to overturn 50 years of precedent, decades of struggle and simple common sense.
Roberts argues that a country with a history of slavery, of segregation and of ingrained discrimination has no compelling interest in diversity, which he burlesques as "racial balancing." He dismisses racial diversity as a "verbal formulation."
Roberts argues that the court's ruling in Brown ended the day when "schoolchildren were told where they could and could not go to school based on the color of their skin." This reveals a stunning divorce from reality. The court's historic ruling in Brown outlawed segregated schools, but was met with massive resistance. Decade after decade, courts had to step in to force school boards to end legally enforced segregation. How did the courts know that the school boards were in violation? Because they counted -- they "used race" as a factor in determining reality. Now the court says that is unconstitutional.
Stunningly, the court's right-wing gang strikes down voluntary plans devised by conscientious school boards to increase diversity in schools. In the case of Louisville, a court-ordered plan was dissolved. The school board chose to continue something similar. According to the gang of five, what was constitutionally mandated when ordered by the court became constitutionally offensive when adopted voluntarily by the local school board. In Seattle, a concerned school board, understanding the importance of diverse schools, adopted its own plan. The right-wing rump of the court orders it to cease and desist from seeking integration.
read more
Posted by Prospector at 12:55 PM No comments:

Electronic Village: Ask Governor Perdue to Stop the Execution of Troy Davis
Those of us who are not 100% sure that Troy Davis is guilty of murder
would like to stop the execution. It can always be done later if it turns out he is guilty.
However it cannot be undone if his innocense is proven after the execution.
Posted by Prospector at 10:26 AM No comments: