"I have wondered where the photos have been. I just assumed the photos would get plastered everywhere," said Abigail Carter, whose husband, Arron, was killed in the World Trade Center on Sept. 11, 2001. When she heard that bin Laden was dead Sunday, the news brought a feeling of numbness.

"That photo [of Saddam Hussein] became iconic. It was sort of the face of defeat," she said. "It's been kind of strange, the burial at sea, the very fast DNA. ... I's just been sort of, did this really happen or was this all concocted somehow? It would be reassuring in some sense if the photos were released."

President Obama addressed the nation on Sunday, May 1, and indeed confirmed the news that Osama bin Laden, one of the most wanted terrorists in the world, has been killed.
This is the result of a US action in Pakistan, and he was killed by US personnel. (White House live stream: Osama bin Laden dead)
The United States has bin Laden's body in their possession, and they will confirm that he is dead.  (Transcript: Obama Speech on Osama bin Laden's Death)

This result is something that has been the target of many military actions over the years, but President Obama has confirmed that Osama bin Laden is now dead.
Now the burden of proof will be very important, as the US will likely have to show the body at the very least.


Taliban demand proof
The Taliban in Afghanistan said on Tuesday that they questioned whether bin Laden was actually dead.
"As the Americans did not provide any acceptable evidence to back up their claim, and as the other aides close to Osama bin Laden have not confirmed or denied the death ... the Islamic Emirate considers any assertion premature," Zabihullah Mujahid, a Taliban spokesman, said.
The United Nations' top human rights official called on the US on Tuesday to give the UN details about bin Laden's killing and said that all counter-terrorism operations must respect international law.
"This was a complex operation and it would be helpful if we knew the precise facts surrounding his killing," Navi Pillay, the UN High Commissioner for Human Rights, said in a statement to the Reuters news agency.

( read more at Aljazeera English)
Posted by Prospector at 4:37 PM No comments: 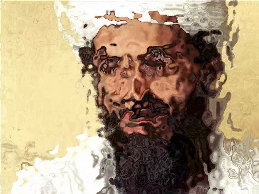 Is Osama really dead. If so WHEN and HOW did he die?
I find it difficult to believe that the US would execute Osama Bin Laden and the proceed to destroy all the evidence ,then, dump the body into the sea. This story has all the elements of a lie. How can all these people who have been doubting that the president was born in the United States even with having seen a birth certificate, believe, with virtually hearsay evidence that Bin Laden was killed in Pakistan and disposed of at sea?  I'm even wondering if he wasn't already dead, possibly even before 9/11and now they want to eliminate the possibility of this being disclosed. For me it leaves the unanswered question;                      Where in the world is Osama Bin Laden?
Posted by Prospector at 4:02 PM No comments: