Obama's Back! Time for African-Americans to get it together. 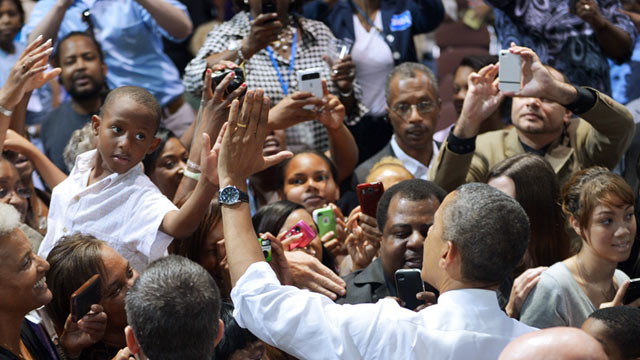 A review by The Web Prospector


Ross and Moore point out that if it wasn't for the overwhelming support of African-American voters the coalition that reelected President Obama would not likely have been so successful. They believe that this term the president should invest more time and resources toward addressing the concerns of this bloc of voters.

I'm inclined to agree with them but I felt the article was lacking in the sense that it didn't stress enough the importance for the African-American community to remain active and take advantage of the inertia created by the election, in order to further organize and build on and maintain the political infrastructure that enabled them to motivate such an extensive black voter turnout. If we are to be truly effective, we will have to develope a means of identifying our discrepancies, formulating our own solutions, and taking the first steps in getting control of the most urgent situations in our community. We also have to develope and maintain relationship with the other coalition voters so that we can continue to apply pressure on the the government to address  the concerns of all those who supported this government.

We can also define areas where we have needs in common with other coalition members and coordinate our actions accordingly. We should not just let the Democratic party get away with using our votes then forgetting us until the next time they need our vote.


Ross and Moore closed with the following list of issues that need attention, again I agree . However, I feel like if we start to take action immediately, to the best of our ability, on our own initiative, then we will be in a much better position to dictate the kind of help that we need, rather than leaving it to be decided by someone from outside the community.


There are already several instances and models, of organizations which are already and have been for quite some time hard at work, developing solutions and creating an infrastructure to further implement those solutions. I know that President Obama is aware of some of these as well.  It is here that we can apply pressure on the government to reenforce the already existing and time proven organizations that have come into existence through the initiative of members of the African American community.

Student's Riot at Mississippi U.- Not happy with the election results.

Every now and then I get musically inspired by things that are going on  around me and of course there has been a song written for almost every occasion. That, coupled with the fact that we have available the likes of youtube and twitter and facebook, etc, means I get to share a lot of music with a lot of new friends. I'm loving it. I hope you all are as well.

With the reelection of Barak Obama, thanks to a broad-based coalition of Americans that represent the future. Some students of Mississippi U. decided to riot as an expression of their dischord with those results. An action that reminded me of a Mississippi not that long ago that would persecute my people with impunity. Maybe they long for the good ol' days?

Here's some music to remember those good ol' days by.


It wasn't easy for our Latino brothers and sisters either.


Posted by Prospector at 4:09 PM No comments: 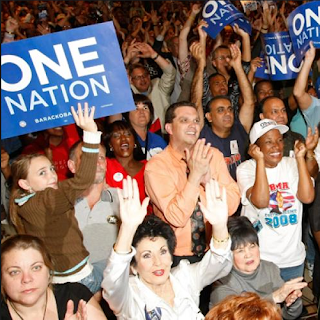 In spite of what was perceived as an attempt to suppress the Obama vote,  the Obama coalition made it to the polls in overwhelming numbers. They braved the long waits, veiled threats  and  the misinformation  in order to make their choice known. As Van Jones on CNN exclaimed "the coalition held!".  It did too  and looking at the faces of those celebrating that victory last night, it was clear that it was a victory that reflects the emergence of a new America. The faces were those of Americans whose racial backgrounds represented all of the continents, many different religious beliefs were represented, the different sexes and sexual preferences were present, the economic strata was well represented also -middle class- working class- working poor- and -pensioners and those in need of social assistance-,  as well as young voters who wish to demonstrate their vision of the future of their America.  It is clear that while the needs of these various groups can at times be different, they are prepared to make the effort to overcome their differences in order to continue and expand the American experiment. I believe that it is up to president Obama to nurture the continued cooperation among this diverse coalition of Americans, to work with them and to take the opportunity at hand to strengthen the bonds among the diverse groups that supported him, thereby bringing a cohesiveness that's been lacking, thus hindering the progress of this great nation. We will not be able to rebuild the country until we are working more or less toward the same goalss and this is where the government can take a key roll. I only hope the president will take the cue and engage the people. I believe that Americans for the most part are prepared to actively participate in partnership with their government  in order to heal the nations ills as long as it's not just a "top down" arrangement. Government and the people have access to social media making multidirectional communication quite cost effective. Open source solutions have worked in many corporate and working enviroments while being very cost effective at the same time.  There is no reason that some form of open source model can't be used in government.  Areas such as health and education could be enhanced quite creatively if openly addressed. The president has 4 more years to get this started. Let's all keep reminding him that we're all in this together. 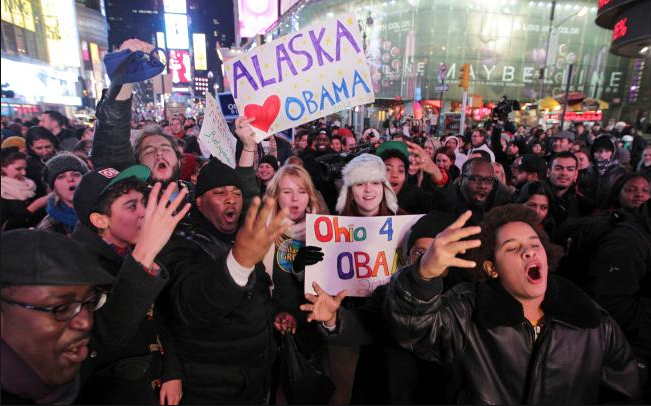 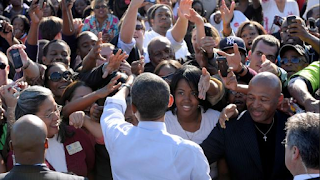 Posted by Prospector at 12:37 PM No comments:

Melissa Harris-Perry 'What is Riskier than being Poor In America'

Posted by Prospector at 1:49 PM No comments: